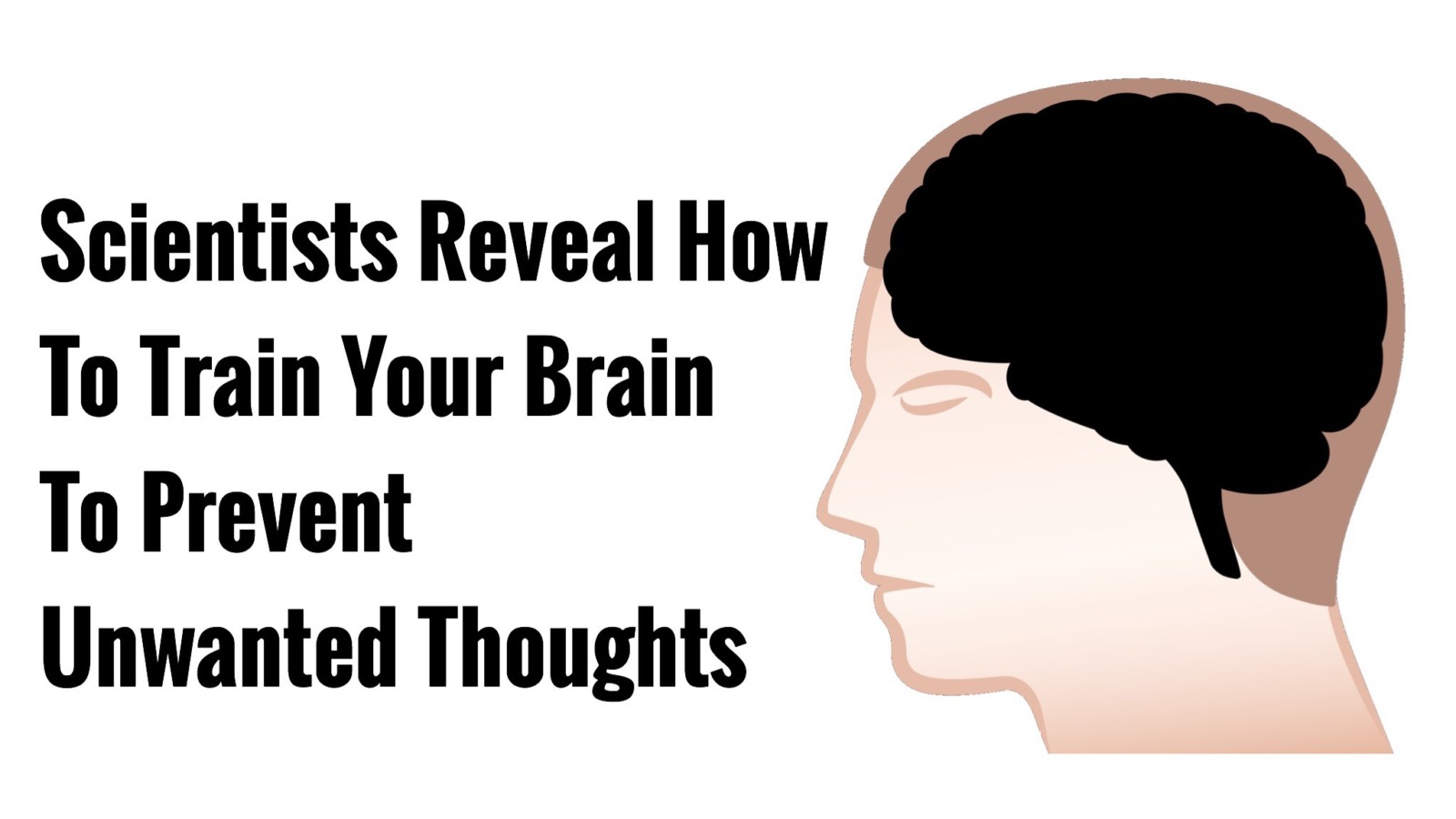 Originally posted at Power of Positivity

“Our ability to control our thoughts is fundamental to our well-being. When this capacity breaks down, it causes some of the most debilitating symptoms of psychiatric diseases.” ~ Professor Michael Anderson, University of Cambridge

Researchers at the University of Cambridge have identified a key chemical within the brain that allows us to suppress unwanted (intrusive) thoughts.

Dr. Michael Anderson, a professor of neuroscience – along with his team of researchers at the University of Cambridge – discovered this chemical within the brain region responsible for memory formation.

The ability to control thoughts is crucial to mental and physical well-being, says Professor Anderson:

“When this capacity breaks down, it causes some of the most debilitating symptoms of psychiatric diseases: intrusive memories, images, hallucinations, ruminations, and pathological and consistent worries. These are all key symptoms of mental illnesses such as PTSD, schizophrenia, depression, and anxiety.”

In many ways, the ability to halt negative thinking is akin to that of physical restraint. “We wouldn’t be able to survive without controlling our actions,” says Anderson. “We have lots of quick reflexes that are often useful, but we need to control these actions and stop them from happening.”

Anderson assumes that us humans also have a “similar mechanism” for stopping unwanted thoughts.

The Prefrontal Cortex, or PFC, is known as the “executive function” area of the brain. The PFC is associated with planning complex behaviors, paying attention, critical thinking, solving problems, self-awareness, decision-making, social cognition, and working memory.

The PFC can also be thought of as the brain’s “control center,” regulating other brain regions such as the motor cortex and hippocampus.

It wasn’t until recently that an area of the PFC was discovered to also play an essential role in stopping unwanted thoughts.

Anderson’s research was published in the journal Nature Communications on November 3, 2017.

Spectroscopy feedback showed that “the ability to inhibit unwanted thoughts relies on a neurotransmitter – a chemical within the brain that allows messages to pass between cells – known as GABA.”

GABA is the brain’s primary inhibitory neurotransmitter, which helps to regulate the activity of exhibitory (‘excitatory’) transmitters, e.g., glutamate and dopamine.

Here is a summation of Anderson’s findings, point-by-point:

– GABA concentrations within the hippocampus, the brain area responsible for memory formation, determines a person’s ability to inhibit unwanted thoughts.

– Suppressing unwanted thoughts is dependent “as much” on PFC activity as the hippocampus. (This bucks the trend, as most neuroscientists focus on the PFC for such roles.)

– People with lower concentrations of GABA within the hippocampus “were less able to suppress (activity) by the prefrontal cortex,” suppressing thought at a much lower rate.

– The study’s discoveries may lead to additional insights – and potential treatment options – for schizophrenia. (Schizophrenics display hyperactivity in the hippocampus, which is thought to be responsible for hallucinations and other intrusive symptoms.)

As Anderson’s research is very recent, potential treatments have not yet been examined. However, it’s clear that correcting a GABA deficiency – a neurochemical imbalance – can be helpful in suppressing unwanted thoughts.

For those dealing with invasive thoughts, increasing the levels of GABA in the brain may help. Fortunately, there are plenty of natural ways to do this.

– Exercise: Increasing your heart rate has been shown to boost your GABA levels. Brisk walking or running, three to four times per week, may contribute to higher levels of GABA.

– Meditation: Quieting your busy mind and focusing on deep breaths may help increase GABA levels. Try meditating for 10 to 15 minutes to start.

– Proper Diet: Stay away from soft drinks, MSG, and processed foods as much as possible. Instead, eat foods that are rich in glutamic acid, a building block of GABA.

Foods high in glutamic acid include: