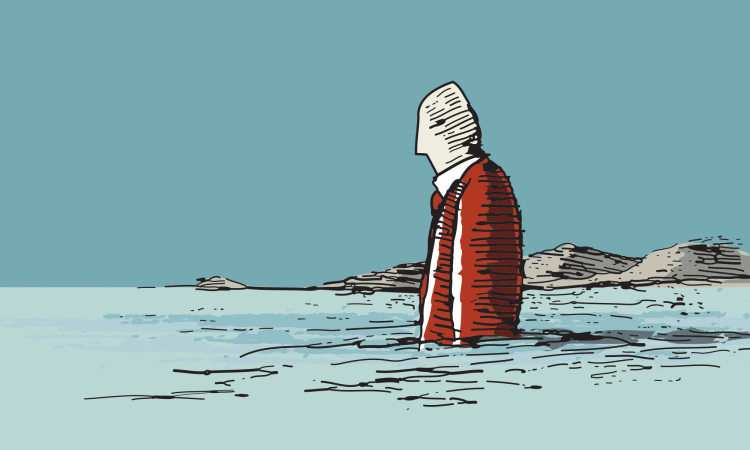 Mental health suffers from a major image problem. One in every four people experiences mental health issues — yet more than 40 percent of countries worldwide have no mental health policy. Across the board it seems like we have no idea how to talk about it respectfully and responsibly.

Stigma and discrimination are the two biggest obstacles to a productive public dialogue about mental health; indeed, the problem seems to be largely one of communication. So we asked seven mental health experts: How should we talk about mental health? How can informed and sensitive people do it right – and how can the media do it responsibly?

Easier said than done, of course. Says journalist Andrew Solomon: “People still think that it’s shameful if they have a mental illness. They think it shows personal weakness. They think it shows a failing. If it’s their children who have mental illness, they think it reflects their failure as parents.” This self-inflicted stigma can make it difficult for people to speak about even their own mental health problems. According to neuroscientist Sarah Caddick, this is because when someone points to his wrist to tell you it’s broken, you can easily understand the problem, but that’s not the case when the issue is with the three-pound mass hidden inside someone’s skull. “The minute you start talking about your mind, people get very anxious, because we associate that with being who we are, fundamentally with ‘us’ — us as a person, us as an individual, our thoughts, our fears, our hopes, our aspirations, our everything.” Says mental health care advocate Vikram Patel, “Feeling miserable could in fact be seen as part of you or an extension of your social world, and applying a biomedical label is not always something that everyone with depression, for example, is comfortable with.” Banishing the stigma attached to mental health issues can go a long way to facilitating genuinely useful conversations.

People are too quick to dole out judgments on people who experience mental health problems, grouping them together when isolated incidents of violence or crime occur. Says Caddick, “You get a major incident like Columbine or Virginia Tech and then the media asks, ‘Why didn’t people know that he was bipolar?’ ‘Was he schizophrenic?’ From there, some people think, ‘Well, everybody with bipolar disease is likely to go out and shoot down a whole bunch of people in a school,’ or, ‘People who are schizophrenics shouldn’t be out on the street.’” Solomon agrees that this correlation works against a productive conversation about mental health: “The tendency to connect people’s crimes to mental illness diagnoses that are not in fact associated with criminality needs to go away. ‘This person murdered everyone because he was depressed.’ You think, yes, you could sort of indicate here this person was depressed and he murdered everyone, but most people who are depressed do not murder everyone.”

But do correlate more between mental illness and suicide

According to the National Institute for Mental Health (NIMH), 90 percent of people who die by suicide have depression or other mental disorders, or substance-abuse disorders in conjunction with other mental disorders. Yet we don’t give this link its due. Says Solomon, “Just as the association between mental illness and crime is too strong, the connection between mental illness and suicide is too weak. So I feel like what I constantly read in the articles is that ‘so-and-so killed himself because his business had gone bankrupt and his wife had left him.’ And I think, okay, those were the triggering circumstances, but he killed himself because he suffered from a mental illness that drove him to kill himself. He was terribly depressed.”

Not surprisingly, nearly all the mental health experts we consulted were quick to decry playground slang like “mental,” “schizo,” “crazy,” “loonie,” or “nutter,” stigmatizing words that become embedded in people’s minds from a young age. NIMH Director Thomas Insel takes that one step further — he doesn’t like the category of “mental health problems” in general. He says, “Should we call cancer a ‘cell cycle problem’? Calling serious mental illness a ‘behavioral health problem’ is like calling cancer a ‘pain problem.’” Comedian Ruby Wax, however, has a different point of view: “I call people that are mentally disturbed, you know, I say they’re crazy. I think in the right tone, that’s not the problem. Let’s not get caught in the minutiae of it.”

If you feel comfortable talking about your own experience with mental health, by all means, do so

Self-advocacy can be very powerful. It reaches people who are going through similar experiences as well as the general public. Solomon believes that people equipped to share their experiences should do so: “The most moving letter I ever received in a way was one that was only a sentence long, and it came from someone who didn’t sign his name. He just wrote me a postcard and said, ‘I was going to kill myself, but I read your book and changed my mind.’ And really, I thought, okay, if nobody else ever reads anything I’ve written, I’ve done some good in the world. It’s very important just to keep writing about these things, because I think there’s a trickle-down effect, and that the vocabulary that goes into serious books actually makes its way into the common experience — at least a little bit of it does — and makes it easier to talk about all of these things.” Solomon, Wax, as well as Temple Grandin, below, have all become public figures for mental health advocacy through sharing their own experiences.

Just as a tumor need not define a person, the same goes for mental illness. Although the line between mental health and the “rest” of a person is somewhat blurry, experts say the distinction is necessary. Says Insel: “We need to talk about mental disorders the way we talk about other medical disorders. We generally don’t let having a medical illness define a person’s identity, yet we are very cautious about revealing mental illness because it will somehow define a person’s competence or even suggest dangerousness.” Caddick agrees: “There’s a lot of things that go on in the brain, and just because one thing goes wrong doesn’t mean that everything’s going wrong.”