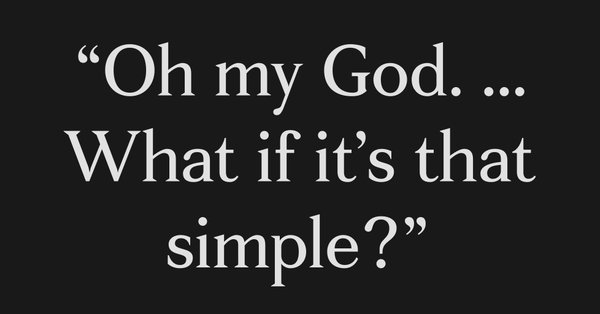 From Highline
“What if this is what we should be doing? What if it’s that simple?”
by
JASON CHERKIS

It was still dark outside when Amanda woke up to the sound of her alarm, got out of bed and decided to kill herself. She wasn’t going to do it then, not at 5:30 in the morning on a Friday. She told herself she would do it sometime after work.

Amanda showered. She put on khakis and a sweater. She fed Abby, her little house cat. Before walking out the door, she sent her therapist an email. “Not a good night last night, had a disturbing dream,” she wrote. “Got to try and get through the day, hope I can shift my mind enough to focus. Only plan tonight is to come home and take a nap.”

Amanda was a 29-year-old nurse, pale and thin—a quiet rule-follower. She had thought about taking a sick day, but she didn’t want to upset her co-workers or draw attention to herself. As usual, she arrived at the office earlier than just about everyone else, needing the extra time to get comfortable. She had taken a pay cut to join this clinic outside Seattle, in part because she wanted to treat low-income mothers and pregnant women. Some of her patients were in recovery, others were homeless, several had fled physically abusive men. She was inspired by their resilience and felt only slightly jealous of the ones who had found antidepressants that worked. That day, September 28, 2007, was her first shift seeing patients without a supervisor watching over her.