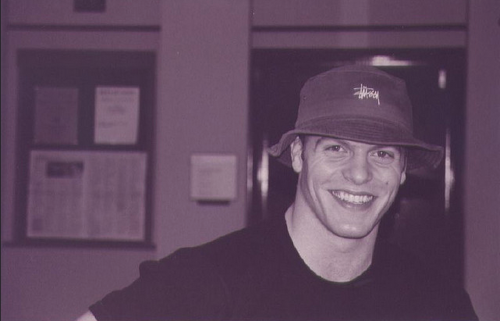 In this post, I’m going to talk about suicide, and why I’m still on this planet.

These are stories I’ve kept secret from my family, girlfriends, and closest friends for years. Recently, however, I had an experience that shook me — woke me up — and I decided that it was time to share it all.

So, despite the shame I might feel, the fear that is making my palms sweat as I type this, allow me to get started.

A TWIST OF FATE

“Could you please sign this for my brother? It would mean a lot to him.”

He was a kind fan. There were perhaps a dozen people around me asking questions, and he had politely waited his turn. The ask: A simple signature.

It was Friday night, around 7pm, and a live recording of the TWiST podcast had just ended. There was electricity in the air. Jason Calacanis, the host and interviewer, sure knows how to put on a show. He’d hyped up the crowd and kept things rolling for more than 2 hours on stage, asking me every imaginable question. The venue–Pivotal Labs’ offices in downtown SF–had been packed to capacity. Now, more than 200 people were milling about, drinking wine, or heading off for their weekends.

A handful of attendees gathered near the mics for pics and book inscriptions.

“Anything in particular you’d like me to say to him? To your brother?” I asked this one gent, who was immaculately dressed in a suit. His name was Silas.

He froze for few seconds but kept eye contact. I saw his eyes flutter. There was something unusual that I couldn’t put a finger on.

I decided to take the pressure off: “I’m sure I can come up with something. Are you cool with that?” Silas nodded.

I wrote a few lines, added a smiley face, signed the book he’d brought, and handed it back. He thanked me and backed out of the crowd. I waived and returned to chatting with the others.

Roughly 30 minutes later, I had to run. My girlfriend had just landed at SFO and I needed to meet her for dinner. I started walking towards the elevators.

We meandered around tables and desks to the relative privacy of the elevator vestibule, and I hit the Down button. As soon as Silas started his story, I forgot about the elevator.

He apologized for freezing earlier, for not having an answer. His younger brother–the one I signed the book for–had recently committed suicide. He was 22.

“He looked up to you,” Silas explained, “He loved listening to you and Joe Rogan. I wanted to get your signature for him. I’m going to put this in his room.” He gestured to the book. I could see tears welling up in his eyes, and I felt my own doing the same. He continued.

“People listen to you. Have you ever thought about talking about these things? About suicide or depression? You might be able to save someone.” Now, it was my turn to stare at him blankly. I didn’t know what to say.

I also didn’t have an excuse. Unbeknownst to him, I had every reason to talk about suicide. I’d only skimmed the surface with a few short posts about depression.

“I’m so sorry for your loss,” I said to Silas. I wondered if he’d waited more than three hours just to tell me this. I suspected he had. Good for him. He had bigger balls than I. Certainly, I’d failed his brother by being such a coward in my writing. How many othershad I failed? These questions swam in my mind.

“I will write about this” I said to Silas, awkwardly patting his shoulder. I was thrown off. “I promise.”

And with that, I got into the elevator.