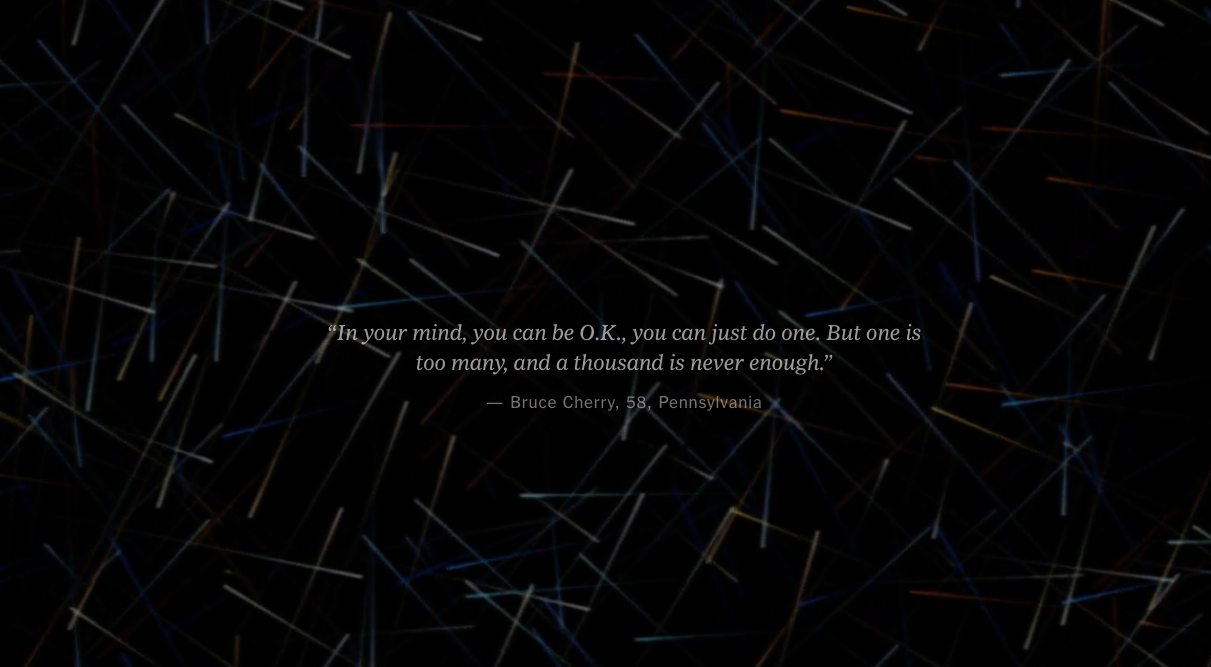 From the New York Times.

THE OPIOID EPIDEMIC is devastating America. Overdoses have passed car crashes and gun violence to become the leading cause of death for Americans under 55. The epidemic has killed more people than H.I.V. at the peak of that disease, and its death toll exceeds those of the wars in Vietnam and Iraq combined. Funerals for young people have become common. Every 11 minutes, another life is lost.

So why do so many people start using these drugs? Why don’t they stop?

Some people are more susceptible to addiction than others. But nobody is immune. For many, opioids like heroin entice by bestowing an immediate sense of tranquility, only to trap the user in a vicious cycle that essentially rewires the brain.

Getting hooked is nobody’s plan. Some turn to heroin because prescription painkillers are tough to get. Fentanyl, which is 50 times more potent than heroin, has snaked its way into other drugs like cocaine, Xanax and MDMA, widening the epidemic.

To understand what goes through the minds and bodies of opioid users, The New York Times spent months interviewing users, family members and addiction experts. Using their insights, we created a visual representation of how the strong lure of these powerful drugs can hijack the brain.

Dr. Pedro Mateu-Gelabert, one of the nation’s top opioid researchers, said this work brings “an emotional understanding” to the epidemic but “without glamorizing or oversimplifying.”

They invite you to share your experiences at the end of the page on the NY Times site – see the visual journey here.