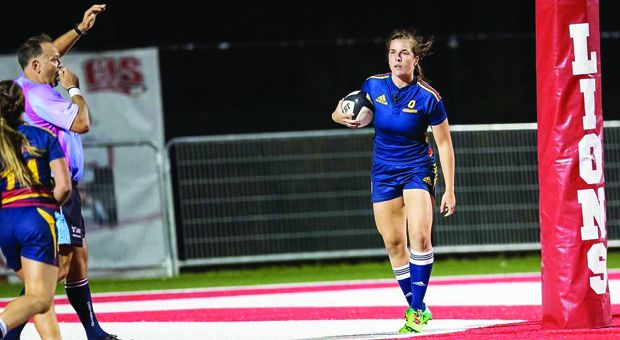 Gaels rugby star comments on her struggle with mental health

It was the most important game of our season — the OUA semi-final.

Every season, we set our sights on making it to the U Sports national championship. And every year, we have the potential. But in order to get there, we had to win a critical game against the McMaster Marauders, a formidable force in the OUA.

Having lost to them in regular season play, the odds were against us, but we were determined to outwork our long-time rivals.

Before the match, the atmosphere in the team room was intense.

When I looked around at my teammates, I reflected on what could’ve been my last chance to make a national championship. I knew we were ready. We had just the right balance of pregame dance battles and a fierce focus that always produces our best performances.

We came out flying. Every hit, every ruck, every run was on point. Our unity was unbreakable, with every player executing their role with unmatched heart. I had the game of my life, scoring two tries to secure our ticket to nationals. When the final whistle blew, the score read 20-10 for Queen’s. Everyone was cheering and crying and bursting with excitement.

But I felt nothing.

In a moment where I would normally be overflowing with emotion — and embarrassingly drowning in a puddle of happy tears — I was numb. This is the most frustrating part about living with a mood disorder like depression.

Anhedonia is a fancy word for the inability to feel pleasure, even when doing the things you love. Rather inconveniently, these familiar symptoms of depression resurfaced at the outset of this season’s OUA playoffs. I had previously been diagnosed with Major Depressive Disorder while centralized with the Canadian national team, but this was the first major depressive episode I experienced since my return to Queen’s in 2016.

I’d like to think I’ve gotten pretty good at warding off the darkness — which at one point consumed me — but this was a not-so-gentle reminder that mental illness can strike even when we do everything right.

At the time, I was on top of my classes and feeling incredibly engaged in what I was learning. I got to spend every night playing the sport I love with my best friends, who I love more than anything else in the world. I was taking care of my mental wellbeing through mindfulness and self care, listening to what my body and my mind were telling me.

I was happy — until I really wasn’t.