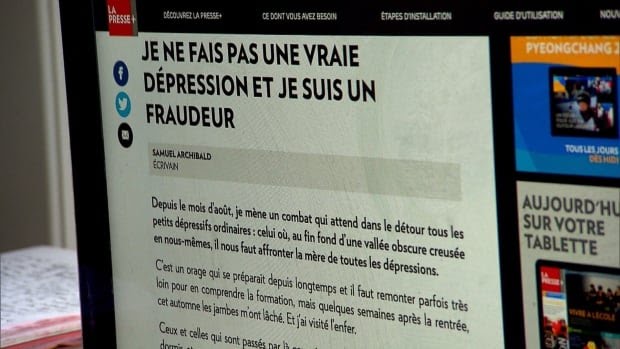 Samuel Archibald says he’s getting his “fighting spirit” back, feeling better than he has in months.

The Montreal novelist and literature professor has been inundated by messages of love, support and gratitude since La Presse published his story last week of being denied disability insurance last fall, even though his doctor had ordered him to take medical leave for a major depression.

“I felt abandoned,” Archibald says, recalling what it was like when UQAM’s group insurance company, Desjardins, informed him it was denying his claim. “I felt bullied and harassed.”

“It’s not like you’re asking for charity. You are paying good bucks as an employee for insurance, and like most people, you think that you’re never going to have to use it.”

“Then when you’re in dire need of some help, you learn, ‘Don’t call us, we’ll call you — and probably not.”

Archibald said it was hard to get a straight answer from the insurance company about why it denied his claim, however, an agent did tell him they had Googled him and found out he had given a short radio interview while he was on medical leave.

“You are supposed to be totally unable to do anything related to your work,” Archibald said.