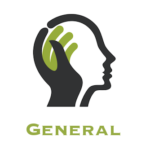 This is a good place to say Hi. Introduce yourself… tell us why you’re here, and what you’re hoping to get out of the experience.