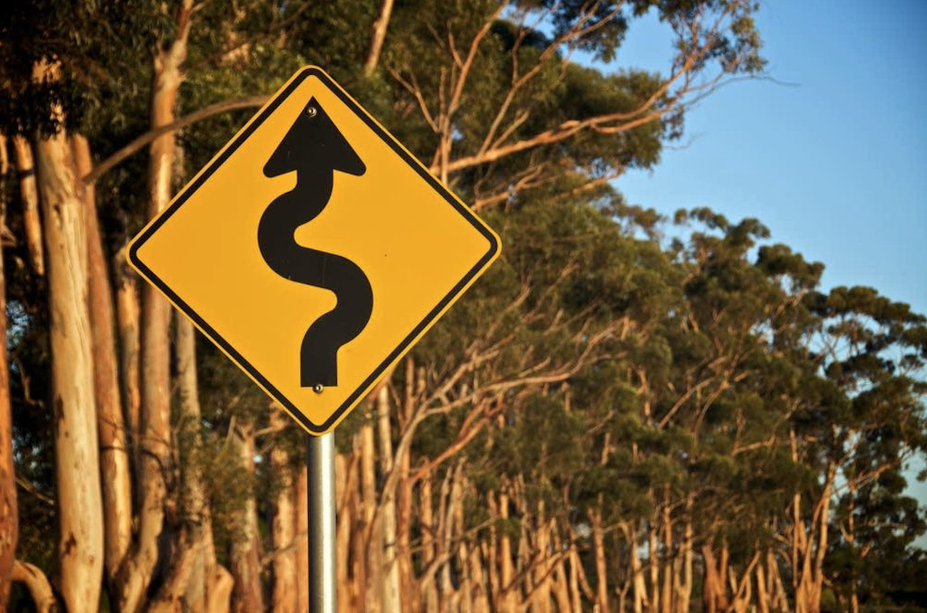 One night, this is what I did. I drove home from a dinner. I was on a back road which had a sharp turn around a huge cliff, surrounded by pine trees and in the center, a tall, wall of New England granite. It was just me in the car and that was my mistake. I hit the gas pedal. Gripped the steering wheel. Watched the speedometer tick up: 40, 60, 80. My headlights caught the yellow sign, warning drivers to slow for the curve. It got closer and closer. I unclipped my seat belt. I remember my arms tightening, my legs preparing for impact. Then, for reasons that escape me, I eased up on the accelerator, turned away from the wall of rocks, swerved through the curve, and stayed alive.

Maybe I told myself that I would fail at this and end up paralyzed instead of dead. Maybe I thought about my dogs and how no one would let them out for hours. Maybe I stopped because I feared that reincarnation was real and I’d have to wear Danskin outfits, watch the TV show Manimal, and listen to John Ashcroft belt out Let the Eagle Soar all over again. Whatever came over me, I made it home. Let my dogs out, and slept with them in a weeping heap on my bed.

Soon after that night, I checked myself into a hospital and stayed there until a course of Electroconvulsive Therapy had its intended effect. It bought me the time I needed to find the right medication, which saved my life. It took 14 pills to get there, but I did and I went on to become a speechwriter in politics and a writer for TV shows. I was a witness in a federal criminal trial, supported our national responses to disasters in Haiti and the Gulf Coast, and helped the new young leaders of the March For Our Lives. 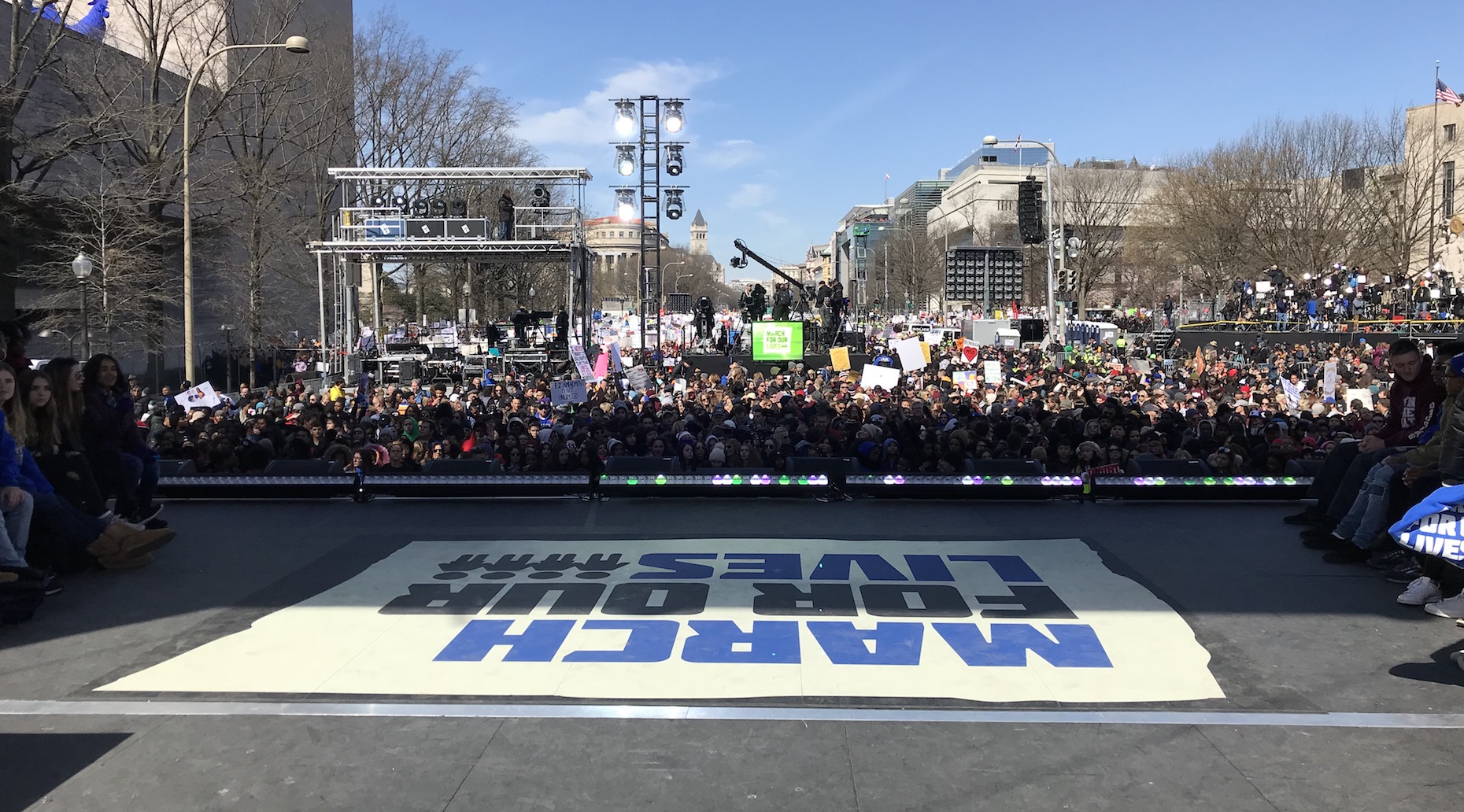 Depression hits people in unique and brutal ways. Some can’t leave their beds, let alone their homes. Some get angry. Some use alcohol and drugs to suppress crushing or suicidal feelings. And others, like me, can function at a high rate. I have learned to cover it up when I am in public. I can smile, write, or talk about policy, and you’d never know that I’m also thinking about dying.

For those blessed enough to never experience their brains misfiring this way, it is often impossible to understand why millions of people like me don’t get help sooner and more often. It seems like it should be easy to call 9-1-1, get to an emergency room, try different medications, and see a therapist. But understand that if “hope is the thing with feathers,” as Emily Dickinson wrote, then depression is the thing with daggers. Every attempt to escape it hurts.

There’s the cutting sense of shame of acknowledging that I didn’t break the cycle in my family’s history. On both my father’s side and mother’s side, there have been questionable overdoses, there has been a suicide with a shotgun, and other relatives who struggled with scary thoughts. Between what I inherited from them, the nurturing I lost to their multiple divorces, physical abuse, and mistakes I made on my own, I consider myself lucky that I can get by with occasional bouts of serious depression, and nothing more. But I often keep quiet about that history because it feels easier to just ride it out.

When there’s a high-profile suicide in the news, I stay busy. It’s true that suicides hit me differently than other untimely deaths. I don’t get angry or emotional. I get quiet because I know what it’s like at that fateful moment. Think of your greatest moment of despair, then multiply that by a thousand, and you’re still not quite there. There’s a lot of shame and sorrow, too. Sorrow about my one failed attempt and the three other times I contemplated trying again. Shame that I lived, while others did not.

The recent deaths of Anthony Bourdain and Kate Spade, or Jeff Loeffelholz, the Broadway actor from the musical Chicago and Ellie Soutter, the 18-year-old British snowboarding star, have made for a rough few weeks.

Most people sharing their experiences talk about them in the past tense. I’m in it—not suicidal, but in it. I have told no one until now. Shared this with no one close to me because part of it is situational. I feel bad because my life isn’t a bucket of chuckles. During the day, I am a caretaker for my mother who has Alzheimer’s disease. I give her medicine in the morning, help with meals, do laundry, keep the house clean, and I thank God for the three hours a week when a wonderful woman comes by to help her take a shower.

As I try to piece together the story of how she got to this place where her brain is shrinking and failing—from a long line of Dr. Feel-Goods, who over prescribed her opioids and benzodiazepines, to her lost financial fortune, to the more ordinary stresses of her life—I know that I cannot afford assisted living or in-home care. I am doing fine, but not another $10,000-a-month fine. There will be no relief from her disease, or from this final role as her daughter.

While I know that millions and millions of Americans are in similar caretaking positions, it still doesn’t ease the loneliness and despair I feel every single day. Most weeks, I dream about running away. But I know that I can’t, and I understand why there is a thing called “caregiver syndrome,” and why those who have it often die before the chronically ill people they care for do.

I don’t know why it becomes paralyzing to reach out and ask for help when the brutal, relentlessness of life becomes too much. Sometimes it feels like another chore to do and I convince myself that I’d be burdening the burdened, who probably don’t know how to respond anyhow. But I do know that words like “cheer up,” “look at the blue sky,” “you have so much to be proud of,” “do some charitable work,” “you are loved,” do little for me.

Yes, I know about 800-273-8255, and the great people on the other end of the lifeline number. Call them if you need them. They are lovely and will help you. Just know that people like me are doing our best and are determined to survive. Maybe just say that to someone who’s in the battle, “Stay. Keep fighting.” What I tell myself is this, “You don’t want a permanent solution to a cyclical problem. It too shall pass.”

I have been able to find treatments that help me, but the fact that so many of us have loved ones who suffer from depression, and so few of us know how to help them, is a sign of a more systemic problem.

In the days since the Bourdain and Spade deaths, more than 6,200 people have died by suicide. While the news that week opened up a more searching and honest dialogue about depression and suicide —about our brains—the frenzy has subsided and the structural signs that our country thinks very little of struggling people have reasserted themselves.

Last year, our leaders proposed cutting mental-health spending by more than $400 million a year. They reduced care for addiction and counseling in the middle of a growing opioid and drug crisis. They are trying to make it harder for people to enroll in Medicaid. Look at the best hospital in your city and then compare it to the nearest psychiatric hospital? Would you want to go there? Then why would I? Often, when I reach out to a doctor, I’m told the wait will be three months or longer. Look at who is in our prisons. They have become the largest institutions in our country for those struggling with brain disorders. If we cared deeply about treating these illnesses, then we wouldn’t step over the homeless or rip children from their parents’ arms on purpose. Our society is telling us: “What you have, what you are going through is shameful. Second rate. Doesn’t matter. Keep quiet.”

The latest CDC numbers on suicide tragically show that 45,000 people in 2016 couldn’t ask for help either. Most died without ever speaking up about a previous problem. It’s 2018. We know about neurotransmitters now, and the life-long consequences of trauma, and can invest in the science of the brain to figure out why mine and many others don’t always fire right.