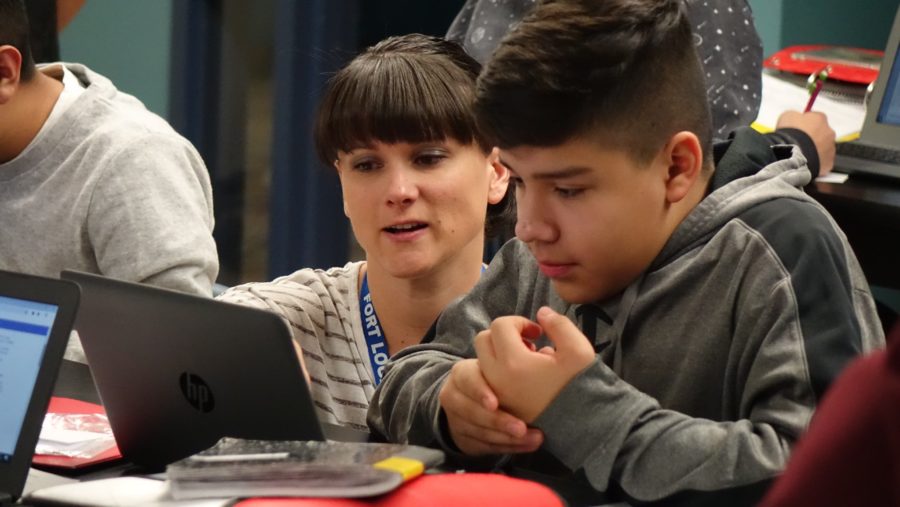 At one school in the tiny district of Sheridan south of Denver, two social workers roam the hallways with handheld radios, responding to crisis after crisis.

It might be a student crying in class for unknown reasons, a disruptive student, or a fight. Less urgent requests, such as a check-in for a student who just seems to be having a rough day, usually come through email.

“It’s very much boots on the ground,” said Maggie Okoniewski, one of the social workers at Fort Logan Northgate.

The school has just under 600 students in grades third through eighth. The demographics are typical of the Sheridan school district. About one in four are identified as homeless — the highest rate for any school district in the state — and about 15 percent qualify as having special needs.

In between those calls, Okoniewski and her fellow social worker Danielle Watry check in on students they’ve identified as a priority. Every week the list includes about 60 students. In the last year, the list includes students from the heavily Hispanic population who have especially struggled with deportations or fears of separations, they said.

“And if I’m in the classroom, it’s almost certain that another student will flag us down,” Watry said.